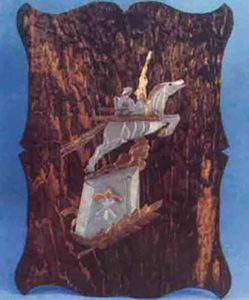 It was presented to President Kim Il Sung in September Juche 69 (1980) by chairman of the executive committee of the Latin American Institute of the Juche Idea.

Presented on the occasion of the Sixth Congress of the WPK and the 35th anniversary of the Party founding, this gift conveys his feeling of boundless respect and yearning for the President.

Saying that he had a great honor to present his gift to the President, the pioneer of the cause of Juche and the outstanding leader of world revolution, he stated that Latin American revolutionaries who advocated the Juche idea would fight more vigorously in high confidence. 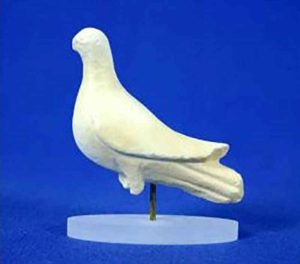 It was presented to Chairman Kim Jong Il in April Juche 95 (2006) from the Central Committee of the Communist Party of Greece.

The Communist Party of Greece prepared this gift after having held consultative meetings in order to contain in the gift their constant support for and solidarity with the just cause of the Workers’ Party of Korea led by the Chairman and confidence in the justness of the cause of world socialism and its victory. 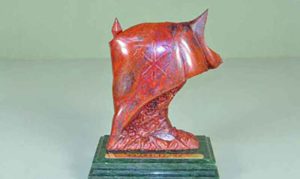 It was presented to the respected Comrade Kim Jong Un in Juche 105 (2016) by deputy director general of “Stroika-5” Co. Ltd. in Russia.

Originally red jasper is famous for solidity and widely used as it owns some medicinal effect.

Wishing that the Workers’ Party of Korea, the organizer and guider of all victories won by the Korean people, would achieve greater success in carrying forward the cause of the President and the Chairman, he said that he firmly believed that the WPK would shine as the eternal Party of the popular masses which is as solid as red jasper and never changes like blue kidney stone.